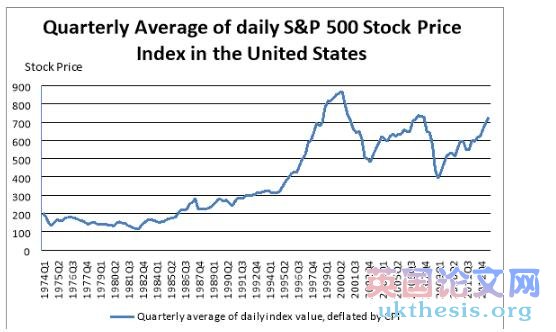 Figure 1.1 Time plot for quarterly average of daily S&P 500 stock price index in the United States (Source: Economic Research, 2013)
Figure 1.1 shows the moving trend of stock prices in the period from first quarter of 1974 to third quarter of 2013. From the figure, the stock prices in the United States generally showed a fluctuating rising trend with a record of expansion from 1974 to 2000 with gradual increasing rate at the beginning and higher pace increasing rate later from 1993 to 2000. There were significant market downturns in 2002 and 2008.#p#分页标题#e#
The stock prices reached the peak in the second quarter of 2000 and started to drop afterwards until the minimum point in the first quarter of 2003. This market downturn has been known as the market crash of 2000. The causes for this crash are believed to be the corporation corruption, overvalued stocks and the emergence of day-traders or momentum investors. Several strategies has been listed out by the government to overcome the crash, for example accounting reforms to have better disclosure of corporate balance sheet form and new rules are set for the day-traders to apply more restriction.
Besides the market downturn of 2000, there was a market downturn in 2008 as well. From the figure, the stock price index continued to rise after the market crash in 2000 and reached at maximum point in the second quarter of 2007 but falls gradually afterward till the minimum point in the first quarter of 2009. This period was ranked among the most horrified financial market history in the United States. This market crash is believed to be caused by the corporate corruption and the mortgage crisis. The stock price indices continue to climb after the market crash of 2008.
GDP of the United States
The United States has been the largest economy in the world in term of GDP level for at least a century. 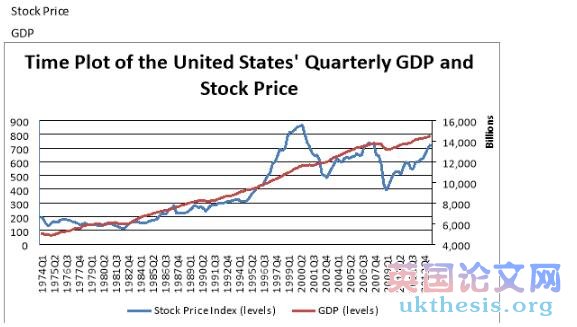 Figure 1.3 Time plot for quarterly GDP and quarterly average of daily Stock Price in the United States (Source: Economic Research, 2013 and OECD. StatExtracts, 2013)
#p#分页标题#e#
Figure 1.3 shows the relationship between stock prices and GDP in the time plot from first quarter of 1974 to third quarter of 2013. In the tradition connection of the stock price and GDP, stock price is believed to contain the predictive power towards the GDP. From Figure 1.3, the stock prices generally moving in the same direction with GDP. However, the market crash in 2000 brought about economic expansion instead of the economic recession. This phenomenon goes against with the tradition relationship between stock price and GDP. However, the market crash of 2008 has successfully predicted the economic recession in 2008.
Therefore, the contradict phenomena have again caught the attention of several parties to further study in the predictive power of stock price towards the GDP.
Objective
Although the theories and the tradition relationship state that the stock prices contain the predictive power towards the future economic activity, there are several theoretical and empirical researchers have contradicted opinions. Moreover, the historical data of stock prices and GDP of the United States also show a general similar moving direction of the stock prices and GDP but the market crashes in 1987 and 2000 resulted in economic expansion instead of economic recession. This issue has again prompted the further research in the tradition relationship of the stock prices and the economic activity. Hence, the purpose of this study is to determine the predictive power of stock price on the future economic activity, i.e. future GDP in the United States.
Scope of Study
This study focuses on the United States which the quarterly data is obtained with the sampling period from first quarter of 1974 to third quarter of 2013. The national stock price index of the United States, S&P 500 is chosen. The quarterly average of the daily index is calculated because it is believed to be more representative for the entire quarter than the value at the end of quarter. Besides, quarterly nominal GDP is chosen as the representative for the economic activity. Both data is expressed in the domestic currency with CPI base year of 1982.
如果您有论文代写需求，可以通过下面的方式联系我们
点击联系客服
微信号:zhangboshi2021

论如何提升我国本土零售企业的核心竞争力thesis:The theory of how to improve the core competitiveness of domestic retail e