1. Introduction 介绍
悉尼歌剧院，由丹麦建筑师设计JørnUtzon设计的，它是一个世界性的著名的澳大利亚建筑在悉尼。悉尼歌剧院的建设始于1959年，结束3个步骤：讲台固定的，屋顶固定和室内装饰。它花了14年时间完成了整个建筑，它证明了它是一个优秀的建筑在世界上：在2007年，它成为了一个联合国教科文组织列为世界遗产。
本文将首先介绍了悉尼歌剧院，包括有关的建筑，如位置，开放，设计师和建筑商和其他重要信息任何已知结构的信息。然后有关建筑在当地的建筑背景和全球范围内的建筑方面的讨论。这将讨论是否建设在其网站上或历史条件下地方主义的反应，以及它是否是一个国际运动的地方主义反应或一部分。最后，文章会来一个简短的结论。Sydney Opera House, designed by JørnUtzon, a Danish architect, is a worldwide famous building in Sydney, Australian. The construction of Sydney Opera House began in 1959, concluded 3 steps: Podium fixed, Roof fixed and Interiors decoration. It took 14 years for completing the whole building and it was proved that it was an outstanding building in the world: in 2007, it became a UNESCO World Heritage Site.
This essay will firstly introduce Sydney Opera House, including any known constructional information about the building such as location, opening, designers and builders and other important information. And then it will discuss about the building in terms of local architectural context and global architectural context. It will discuss whether the building a regionalist response to its site or historical conditions, and whether it is a regionalist response or part of an international movement. Finally the essay would come with a short conclusion.
2. Introduction of Sydney Opera House 悉尼歌剧院简介
Sydney Opera House is close to the Sydney Harbour Bridge, and it’s near to the Sydney business central district and the Royal Botanic Gardens.The appearance of the building was like the unclosed orange or sails. (See figure 1) 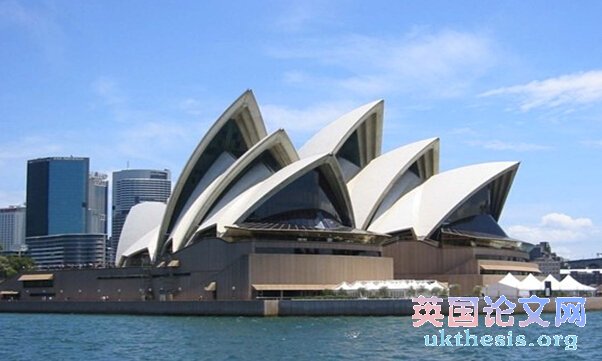 Figure 1: the appearance of Sydney Opera House (Sourced from: http://www.archdaily.com/65218/ad-classics-sydney-opera-house-jørn-utzon.)
After World War II, as the development of economic, people had stronger demand for entertainment.During that time there was no opera house in Australian. So it was essential for building Sydney Opera House. A global design competition was held in September 1955, and 233 architects from 32 countries in all over the world join in the competition. Finally JørnUtzon took the winner in 1957.  #p#分页标题#e#
The project management was so bad for building Sydney Opera House. It was estimated to be completed in January 1963 and to cost only $7 million. However in reality,it was 1,457% over budget and completed almost 10 years late. It was mainly because that the project was extremely creative and no one had ever made the similar building.
Whatever, Sydney Opera House was still a very important modern building for Australian: it won RAIA Merit Award, in 1974, Meritorious Lighting Award of the Illuminating Engineering Society of Australia in 1974 and RAIA Civic Design Award in 1980. It opens for the public for 24 hours in each day, attracts around 2 million audiences from the world in each year.
3. Appreciate the building from local aspect从当地的角度欣赏建筑
3.1 Local architectural context.
Generally speaking, Sydney Opera House was harmoniously fused in the environment around it. The appearance was like the shells or the large sails, which were mostly relevant to sea or beach; furthermore, the three sides of the building were near to the sea. It’s easy to see that Sydney Opera House was deeply resonating with local environment.
On the aspect of design style, the design was from a non-famous house designer, JørnUtzon, who had travelled a lot of countries and gained creative ideas from different territories. For example, in 1948 JørnUtzon travelled to North Africa Morocco, France and felt that the simple buildings were harmonious with the local environment. It moved JørnUtzon and deeply impacted his design style.
On the aspect of location, the location was carefully selected, andnot far away from the city center. By leveraging the Cape Bay (with appropriate reclamation), it could provide a broad and waterfront landscape. The building was much like moving sail;from another angle of view it is like a white shell;it also seemed like a lovely flower that is in full bloom (See figure 2). The metaphorical image attracts many people and associates with their beautiful imagine, such a beautiful picture of blue sky, blue sea and green trees. 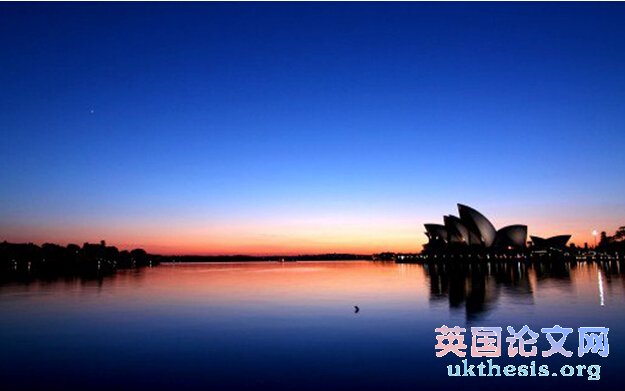 Figure 2: Night Piece of Sydney Opera House (Sourced from: http://www.archdaily.com/65218/ad-classics-sydney-opera-house-jørn-utzon.)
3.2 Historical analysis in Australian
Before Sydney Opera House was completed, the opera houses in Australian could not compete with the famous opera houses in Europe. During that period, a group of people tried their best for persuading the government to build the fixedacting opera houses.Finally their hard work gained the attention and support from Australian government who evenlaunched a lottery in order to gather the money. #p#分页标题#e#
Sydney Opera House was formally opened on October 20th, 1973. Her Majesty Queen Elizabeth II joined the opening.  Since then, Sydney ended the history of without an opera house.
3.3 The evaluation for Sydney Opera Housefrom Australian aspect
Firstly this is a coastal construction projects. The relationship of seawall, road, stairs and platforms were deal well through thoughtful planning. The seawall could preventhumidity but does not negatively affect the landscape; the roadsarewide and much lower than the bank so that it’s easy to provide office space and entertainment space.
Secondly, the architectural image is subjected to architectural function and achieves coordination and unification with the local architectural context.  The building was built for human beings; therefore it should be humanism and social responsibility. Sydney Opera House performed well in this aspect as the location, the size of each part and the color were natural and harmonious.
Finally, it’s easy to see that the generous of Australian government helped to accomplish the building. Though the designer was from Denmark and even didn’t design any public architecture, Australian government still adopted his design.
4. Appreciate Sydney Opera House from global aspect从全球角度欣赏悉尼歌剧院
4.1 Global context: it’s part of an international movement
On one hand, after World War II, the global architecture style became more unified and similar. It was mainly because the public in the world were applying peace globally. As a result, Australian government launched the competitor to select the best architecture design for Sydney Opera House from the global architects.
On the other hand, the pioneers of modern architecture took deep impact on the buildings style since 1900. Le Corbusier was such a pioneer who was a Swiss-French architect.His buildings were based on modern architectural concise square box, to carefully use the curve and veranda as active elements. His understanding of the material and the perfection of the detail and proportion made his architecture a classical work. By his influence, the relationship among the light, the public space, the white space and the transformation space became the major concern of the architects in the world. The designer of Sydney Opera House was deeply impacted by the theory, he would like to adopt expensive and perfect materials so that it could create the perfect and beautiful framework (See figure 3). 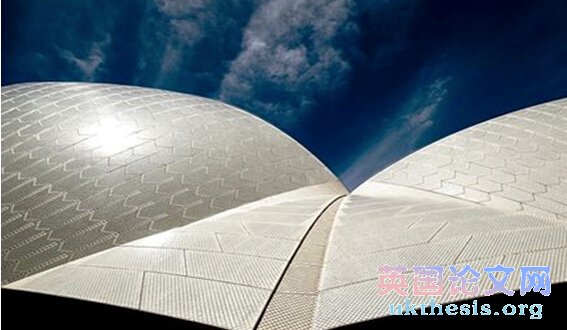 Figure 3: Part of materials of Sydney Opera House(Sourced from: http://www.archdaily.com/65218/ad-classics-sydney-opera-house-jørn-utzon.)
#p#分页标题#e#
4.2 Theappropriate range of historical analysis
First of all, due to the appearance and the structure of large span is unprecedented, engineers did not judge whether the folding type structure was suitable, so it was a better choice to use a computer for structure analysis.  This was also the first time for using computers for structure analysis and calculation in the world, so it created a precedent in construction history.
Furthermore, though it met series of difficulties when building Sydney Opera House, it achieved positive regeneration from the world since its completion, it attracts lots people from global and won a lot of worldwide rewards such as UNESCO World Heritage Site, RAIA Civic Design Award and so on.
4.3 Theoretical, and critical analysis
After World War II, the architecture style tended to be globalization, and Sydney has chosen the designer with a worldwide perspective:JørnUtzon, a foreign architect, was chosen. JørnUtzonspent a lot of time on travelling in Malaysia, China, Japan, and so on, deeply though about how the buildings coordinate with the local environment and culture context. He combined those ancient traditions with his own harmony, forming an artistic architectural sense, as well as the natural instinct of organic building linked to the situation in local. He was always ahead of his time, and deserved to be one of the few modern architects who created such outstanding architecture.
The theory of “Organic Architecture” was the best theory for evaluating Sydney Opera House. Frank•Lloyd•Wright, an American famous architect, advanced the theory.In his design, he stressed that the coordination of the form and function of the building and the surrounding environment in line with the trend of modern architecture.As discussed in above, Sydney Opera House was the great example that the building coordinated with the environment context.
5. Conclusion总结
After World War II, the public in the world are applying for peace. As the development of economic and globalization, the modern architecture advances to fully consider about the local and global architectural context before designing the buildings. Sydney Opera House was such an outstanding building that fused itself to the local environment. In the aspect of local architectural context, itwas harmoniously fused in the environment around it, and thus it became the symbol of Sydney and gained great reputation from the world; in the aspect of global architectural context, it obeyed the trend of modern architecture, and the whole building was perfectly fused with the environment and integrated with local culture. In a word, Sydney Opera House was an outstanding building in the period of modern architecture.
Bibliography注解
ShawndraShofner, Sydney Opera House.Mankato, Creative Education, 2007.#p#分页标题#e#
M. S. Suleiman, “UNESCO.” Nature Publishing Group, no. 364(6436): 376.
Gates, Charlie, “Egan blasts competitions: Sydney Opera House could have been world class if it hadn't been won on a competition, claims construction tsar.” Building Design, no. 0007: 3.
Oliver, Julie, “Architecture for the soul.” Houses, no. 1440 (3382): 86.
“2015 seasons.” Opera Austrilia. Accessed June 12, 2015.
The Times (London, England), “Grand opening for Sydney Opera House. “September 29, 1989.
Miao Li , “Exploration of Architectural Context from Aesthetics View.” Directory of Open Access Journals, no, issue 4: 75-79.
“Le Corbusier.” A Magazine of the Arts, no, issue 62 (3): 105.
Harris, Money, and Sarah L Harris. Digital design and computer architecture.Amsterdam: Elsevier/Morgan Kaufmann, 2012.
“John Utzon, architect of the Sydney Opera House.” The Economist (US), no, issue 389 (8610): 92.
Payá, Ernesto, “Modern architecture.” Revistachilena de infectología, no, issue 0716 (1018): 447.
如果您有论文代写需求，可以通过下面的方式联系我们
点击联系客服
Get expert help on all your writing
服务联系方式
923678151@qq.com
18019429305
923678151
立即预定