百度利用组织所有权的外部属性对客户进行细分。在开发初期，百度将与政府合作，向政府销售产品，以便在政府控制的地区使用。例如，作为旅游景点的班车。
Baidu uses the external attribute of organizational ownership to subdivide customers. For the initial stage of development, Baidu will cooperate with the government to sell products to the government so that they can be used in government-controlled areas. For example, as a shuttle bus for tourist attractions.

百度将自动化技术与5g技术相结合，为客户提供基于5g的无人驾驶公交车5g无人驾驶汽车首先可以降低政府和大公司的员工成本。比如，景区使用无人驾驶车辆，不仅解决了景区人员不足的问题，还降低了人力资源成本。同时，当无人驾驶公交车应用于个人用户时，将满足用户的日常需求，如减少驾驶时间等。
Baidu combines automation technology with 5g technology to provide customers with a 5g-based driverless bus 5g driverless cars can first reduce staff costs for governments and large companies. For example, the use of unmanned vehicles in scenic areas not only solves the shortage of personnel in the scenic areas, but also reduces the cost of human resources. At the same time, when the driverless bus is applied to an individual user, it will meet the daily needs of the user, such as reducing the time spent on driving.

为了良好的关系接触，作为全球最大的中文搜索引擎和网站，百度已经承载了很多软资源和软网络，并以不同的形式进入了公众的视野。作为核心信息源，百度可以分析用户关注的问题数据，并将其应用到无人驾驶技术的开发中。进入市场后，有足够的竞争力与竞争对手竞争。从宣传的角度来看，百度浏览器是一个巨大的宣传媒体。在随后的研发过程中，百度可以与其他有兴趣的公司合作，完善技术，形成良好的企业形象。#p#分页标题#e#
For the good relationship contact，as the largest Chinese search engine and website in the world, Baidu has already carried many soft resources and networks, and has entered the public's field of vision in different forms. As a core information source, Baidu can analyze the data of the problems that users pay attention to, and apply it to the development of unmanned driving technology. When entering the market, there is enough competitiveness to compete with competitors. From a propaganda point of view, Baidu browser is a huge publicity media. In the subsequent research and development process, Baidu can cooperate with other companies with interests to improve the completion of technology with a good corporate image.

百度的成本结构主要有五个部分。第一部分是基本成本，即能源消耗和基础设施消耗。第二部分是人力资源成本，即百度整个部门为所有员工提供的工资和福利费用。第三部分是研发成本，如研究过程中购买专利技术的成本和样品的实验成本。第四部分是原材料成本，比如汽车制造时购买的零部件都是原材料成本的一部分。当汽车是生产而不是购买时，第五部分成本，即储存成本。
Baidu's cost structure has five main parts. The first part is the basic cost, which is energy consumption and infrastructure consumption. The second part is the cost of human resources, which is the salary and welfare expenses provided by Baidu's entire department for all staff. The third part is research and development costs, such as the cost of purchasing patented technology during the study and the experimental cost of the sample. The fourth part is the cost of raw materials, such as parts purchased at the time of car making are part of the cost of raw materials. When the car is produced but not purchased, the fifth part of the cost, that is, the storage cost. 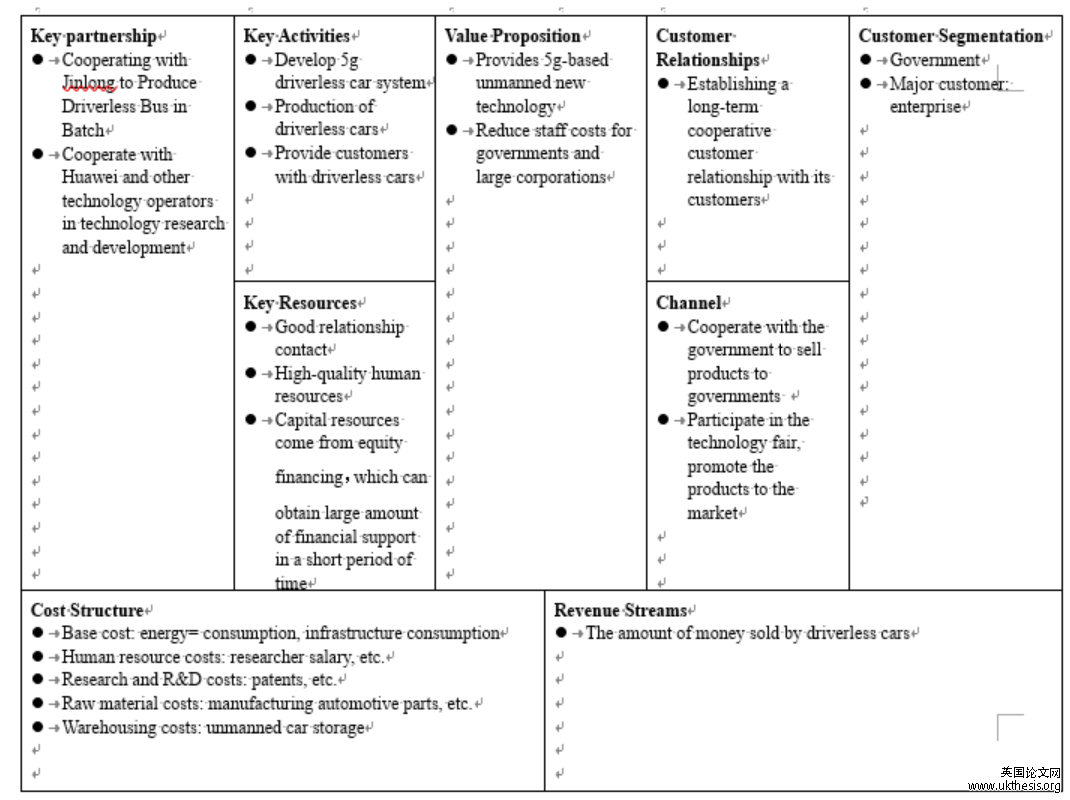 Technological development is the basis of autonomous cars. The current autonomous cars can work under the help of long-range radar, laser scan, cameras, short or medium-range radar and ultrasound (Giarratana 2016). Every context plays an important role in autonomous cars. For example, radar is used to range. It helps vehicles to detect all the obstacles around them and figure out how far they are. Cameras enable autonomous cars to recognize traffic lights, traffic signs, lane lines and other obstacles on the road. In recent years, many other contexts and technologies including adaptive cruise control technology, automated highway driving assistant and automated park assist technology are developed in order to increase the quality of autonomous vehicles. Additionally, a lot of countries make effort to promote the application of 5G technology. All technologies and contexts mentioned has been being optimized and be good for the development of autonomous vehicles with 5G.#p#分页标题#e# 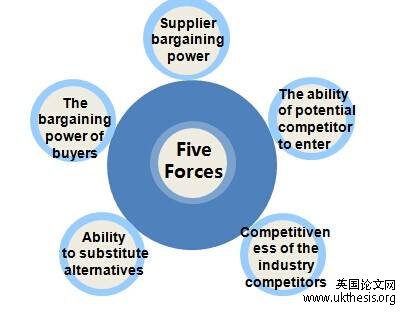 2.3 Risk of entry by potential competitors

Since various governments put emphasis on autonomous, many companies from all over the world are willing to enter in the field. However, many factors impede potential competitors enter in this field. The first one is the strict technical requirements. The research and development and manufacturing of autonomous vehicles need high technical content. Consumers who purchase autonomous vehicles care more about configuration and safety. Therefore, potential competitors cannot manufacture autonomous cars with poor technology. The second element is cost of investment. When a company which enters the autonomous industry must invest huge amount of fund which is used for factory construction, technology research and development, service recruitment and training, advertising and so on. Only under the help of enough fund, can autonomous be produced successfully. In fact, most of new entrants do not have enough financial resources. This may be another barriers for potential competitors to enter the industry. 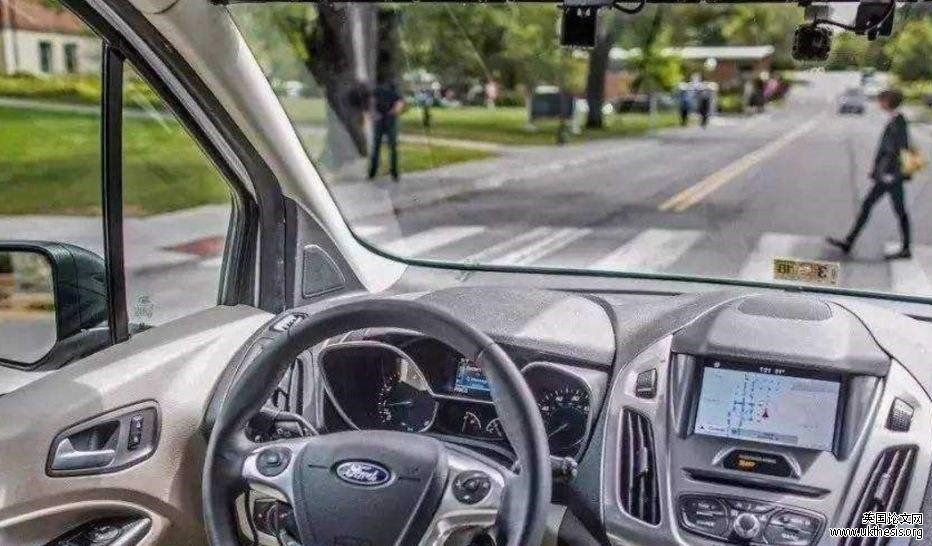 unmanned driving technology is still in development, the key technical difficulties and bottlenecks have not been completely solved, and technical safety is still a huge problem. One of them is the system failure caused by temporary network interruption, which leads to the risk of traffic accidents. For these technological risks, the most important thing for enterprises is to strengthen technological research and development, and strive to break through the bottleneck of technology.