essay sample essay outline what is an essay

How to write a narrative essay outline？When writing a narrative essay, you need to find a point of focus and a compelling story to tell. Experts recommend selecting a topic that speaks to you on a personal level. If you concentrate an effort on the subject that really matters, you will realize that there is much more to narration than simply a point of view. A good narrative essay presents information in a coherent, understandable way that can compel the readers to become more familiar with the story.This article provides you with relevant writing narrative essay tips, steps and examples for your reference.

Without a doubt, you are asking yourself about how to write a narrative essay, which is only natural! A narrative essay writing usually represents an essay form that revolves around a central point or an argument. While it has to be creative, it also follows a single motif that inspires your readers just like a good book. In terms of structure, you will have to follow the classic "five-paragraph" pattern where you must include an introduction, body paragraphs, and conclusion. Remember that you will have to work at your characters, events, or dialogues as you compose your structure. The best part about writing a narrative essay is being creative, which grants you more freedom and the use of literary devices than the other essays belonging to other writing tasks. 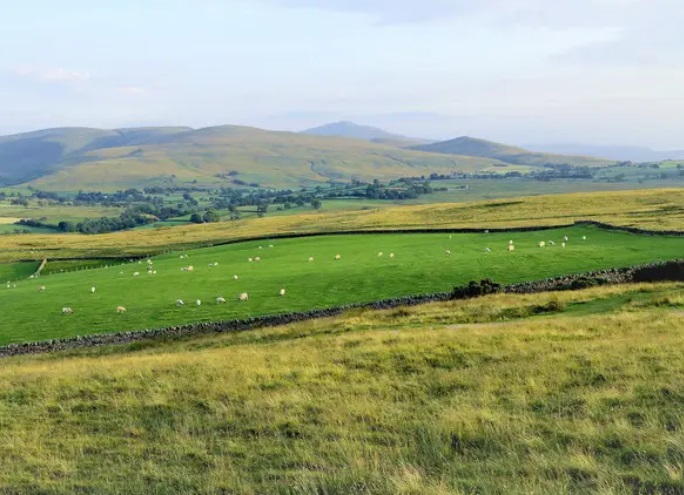 Below is narrative outline template that reveals the structure and key elements required in a narrative essay. Use it as an example or checklist while working on your outline.

1.Introduction consists of the following parts:

Hook – captivating readers is essential, especially in a narrative essay, that often wants to be personal, moving, reflective, or inviting feelings of appreciation or admiration. Also, it is highly advisable to set a proper tone from the very first lines of text. You could start with shocking confession, with an uncharacteristic and intriguing description of people or setting.

Thesis – an indispensable element of any introduction, since it states what claim or point is made in a paper. It should always be an arguable sentence that describes shortly and comprehensively paper’s essence. It is typically among the last sentences in an introduction – all following content comes to prove this statement.

Introductory background – introduction would also typically contain additional information that helps take readers into the author’s world and help them visualize, imagine, or recreate narrated facts. This could be information about this story’s relevance for you or for everybody else. For instance, it could be mentioning that this story is about your first encounter with a negative manifestation of human nature and describing how shocking this was for you as a child, adolescent, young adult.

2.Main body, as a part of narrative essay outline, should have such constituents:

Setting. Authors might or might not have details about time and place in the introduction – if not, these should be normally described at the beginning of the essay body. If already partially provided previously, here, one should normally offer a more comprehensive description, covering missing details. Typically, both time and space are mentioned given how informative these are in initializing a certain scene. A place could be defined by the country where action happens – the USA or some place abroad.

Background of events – this part shines light upon some preceding occurrences or circumstances that are important for better understanding of facts. Such info would normally accompany a setting description to fully initialize readers but could also be mentioned somewhat later, as needed.

Characters. Main characters are often introduced along with the setting or early enough in a story, while secondary ones could be introduced later, as the story unfolds. Speaking about character types, there are protagonists – central figures around which narration revolves and antagonists – figures that come in opposition with protagonists not necessary evil. Protagonist or antagonist descriptions may include appearance, beliefs, thoughts, worldviews, manners, behavior, feelings, dreams, their past, society’s attitude and interaction with them. 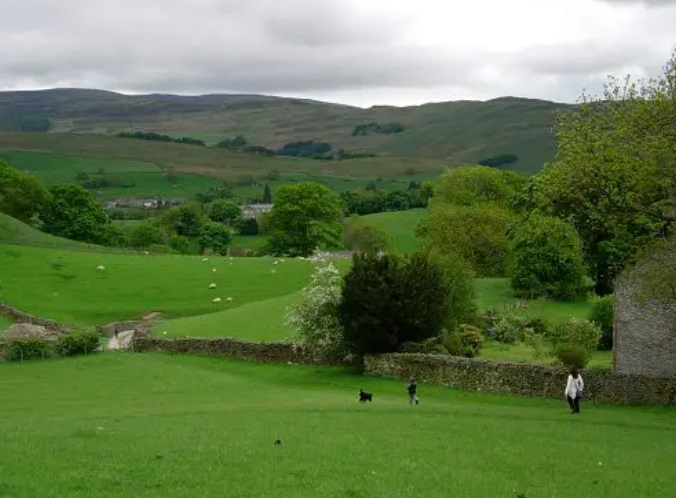 Unfolding of events or action – this part describes facts in chronological order. It normally starts with the plot rising action – a description of the plot as it complicates and leads to the conflict. Conflict is defined as any form of struggle faced by protagonists – it could be an internal struggle or a conflict with external forces, such as people, authorities, circumstances.

Verdict – it comes as a final critical decision: an interpretation of the story from author’s or protagonist’s perspective, why everything happened as it did, who was wrong (if applicable), what would have been the implications if participants had behaved otherwise or if things had unfolded otherwise.

Prompt:The title of this essay is:Global Warming In The 20th Century.Throughout the centuries of human exploration in the Arctic, the Arctic encompasses sea ice throughout the entire year up to the last few decades. However, satellite observations indicate that the extent, thickness, and volume of Arctic sea ice has declined since 1979.

The average extent of the Arctic sea ice has been the lowest since 1850 (Climate). (Frischmann) Acknowledges that global warming affects us all, but the issue is not climate change. The representation of this issue is climate change. It is the feedback from the planet’s system that tells us what happens. The major issue is global warming precipitated by the escalating levels of human activities in greenhouse gasses. The Arctic-Boreal Vulnerability Experiment (ABoVE) in the northern regions of the world, one of NASA’s programs, explores climate change. People in the circumpolar territories have seen how dramatically in such a relatively compact period of time the environment has changed, especially those of us who still spend time out there.

The climate became more erratic and ice melted faster, rendering farming in spring tougher. Climate change has helped decrease caribou, important to both spirituality and survival of Dene people in the north. Studies such as ABoVE may help to explain why and how such changes occur. In addition to traditional knowledge acquired from northern communities, the data that ABoVE collect could help our peoples and future generations protect the environment.

The author (Buis) Several conclusions have been interpreted to indicate that the results of the study were indicative of a slowdown and cessation in global warming. The truth actually represents a different scenario, which is demonstrated in a quick summary of the main results of the research. To recap: The recent changes to Jakobshavn on Greenland’s west coast have been linked to the 2016 refrigeration, probably due to the 2015 North Atlantic Oscillation (NAO) switch, in which an ocean current carries water to the ocean head. The NAO is an oceanic weather phenomenon that induces temperatures between hot and cold in the North Atlantic air every five to twenty years. The spectacular retardation of the glacier corresponded that summer with cooler waters coming in the vicinity of Jakobshavn.

The temperature of the waters near the glacier has now been colder than since the mid-80s. The cooler temperatures do not melt ice as easily as the warmer water does at the front and underneath the glacier. Changes from Jakobshavn are provisional. When the NAO change again, it is most probable that the ice will continue to accelerate and shrink as cold waters start to melt. More studies indicate that Jakobshavn developed 22 and 33 yards (20-30 meters) thicker every year from 2016 to 2019 following the publication of the report.

When I read, I was stunned, angry, intrigued, angry, entertained, and humbled by the tremendous array of environmental, social, and moral inquiries and spiritual enlightenment. It was a battle to earn so many varied and dignified responses to the articles that you are going to read I am thankful for the involvement of every submitting writer in the Earth’s most important subject. It is critical and the writing is therefore complex, concise, and powerful. Such stories include both passion and inestimable knowledge and literary delicacy.

The nine articles presented provide straightforward and insightful viewpoints. Many face unexpected losses due to their reliance on oil and energy. Matthew Ferrence walks through the farm of his family in Pennsylvania, which is being investigated in order to prepare the fracking, in the ‘depredation,’ a work of hard lyricism. The ‘Seep’ of Mieke Eerkens goes back to 2007 when the writer served for a Marine Rescue Center in California, and the container ship Cosco Busan hit the San Francisco–Oakland Bay Bridge, culminating in an oil spill. Ana Maria Spagna, in’ What happened in the Humbug valley,’ tells the story of the trib’s attempts to recover her ancestral land to traditionally tend her, in the conversation with Maidu Elders in Northern Sierras.

The stinging essay by Sarah Gilbert: ‘Trapped,’ begins with the following line: ‘I boil their water.’ In the busy streets of Portland, Oregon, she drives her branded bike with her young boys. Throughout ‘Regeneration’ Nicole Walker’s pithy and amusing narrative is an episodic portrayal of her bat’s terror and of our angry and misguided hope with respect to global warming. Michelle Lanzoni explains in ‘No Thirst’ a dramatic analysis of a vulnerable network of irrigation in Sudan.

Children with terrible consequences of the detectability of the sea of hazardous chemicals, Wendy Rawlings and Mary Heather Noble galvanized in us. Rawlings relates the story of a young girl who almost died of E with the name ‘Health and Staff Security All around the World: A Nerve and Inaccurate Case Report’ (this issue’s essay ‘Pushing Boundaries’). Coli disease, and that of the staff who died in the Chinese factories where iPads were produced by an on-the-spot virtual pet. A recipient of a $10,000 Human Face of Sustainability award, funded by the Sustainability Festival of the Arizona State University, the environmental scientist Noble’s strong investigation, ‘Acts of Courage’ was an outrage at the discovery that carcinogenic chemicals had been sprayed in the areas surrounding her daughter’s school shortly before the first day of lessons.

In reality, it is expected to cost about $29 billion over 30 years to implement all 80 solutions. It’s a trillion a year just about that. Okay, I understand that it sounds quite like that, but we must keep in mind that world GDP is over 80 billion each year, with an annual profit of 74 trillion dollars, almost twice the value. That’s 44 trillion dollars in net savings.

Therefore, if we recognize the whole food system, when we introduce all the industrial approaches such as regenerative agriculture when we follow a plant-rich diet, and when we reduce food waste, our research shows that we produce sufficient food in current agricultural land to feed the increasing population of the world to a balanced, nutrient-rich diet by 2050 and ahead.

Many other researchers reported similar results from various strategies. This national geographical work from 2014 reinforces a five-stage plan for world feed to 2050 based on Jonathan Foley’s research. Throughout our work on the food system as a whole, a recent study released throughout 2018 in Nature shows a similar finding.

An important element of any conclusion is restating the thesis – doing this shows that author’s effort of proving claim made in the introduction has a finality. However, a restatement of the thesis shouldn’t be formulated with exactly the same words. In addition, it should be a restatement through the prism of content that has been covered making appropriate connections with content.