essay outline how to write an essay essay sample

一.how to write a definition essay

As it’s often the case with written assignments in school, the process of writing a definition essay starts with definition essay outline. To outline definition essay, you will need to adopt the classic approach, where the outline consists of an introduction, a certain number of body paragraphs, and a conclusion.

The introduction to your definition essay is the first time the readers are exposed to your topic and subject, which means that the introduction needs to be not only highly informative, but also interesting enough to compel the readers to continue studying your paper.

A good way to begin your definition essay introduction is to include a standard brief definition from a dictionary and then explain why this definition does not give a complete idea about the subject and it needs to be investigated further.

Keep in mind that the definition essay structure does not include a thesis statement simply because you don’t need to prove anything as a writer. However, you can still finish your introduction with a strong statement that resembles a thesis statement but has a more neutral look.

The classic three-paragraph structure of the body of the essay may not always work in the case with a definition essay. Some definition essays are so brief that you simply can’t source enough relevant information to put in three separate paragraphs. That is why your definition essay can have as little as 1 body paragraph, although 2 or 3 are the more conventional approach.

In the body of your definition essay, you need to offer a detailed background of the object you are analyzing, including its history, the way it is depicted in relevant sources, and where it is most commonly used. Repeat the same steps for every definition of the word in case there is more than one of them.

In the conclusion to your definition essay, your job is to briefly summarize everything that has been said in the paper without actually retelling the introduction and the body word for word. In your conclusion, you can add a more personal view on the subject and finish the paper by encouraging the audience to do some additional reading about the subject to get an even more complete understanding.

Knowing how to start a definition essay and how to write its other parts is important for the success of the paper, but it’s even more important to find the right topic for your paper. The topic should not only be interesting for your potential audience, but also relevant to your own interests and the current discourse.

Here are some definition essay topics examples you may find helpful:

When assembling an essay outline, it is useful to consider what type of paragraphs and how many of each should be included and in what order. In terms of meaning, such types of essays have the following sections or paragraphs:

this part provides direct concept explanations, for instance, dictionary or formal interpretations integrated from multiple sources. This section is normally shorter and could be limited to one paragraph. If you are wondering how to start a definition essay, opening your essay by listing formal dictionary explanations would be perfectly acceptable and even fairly standard. 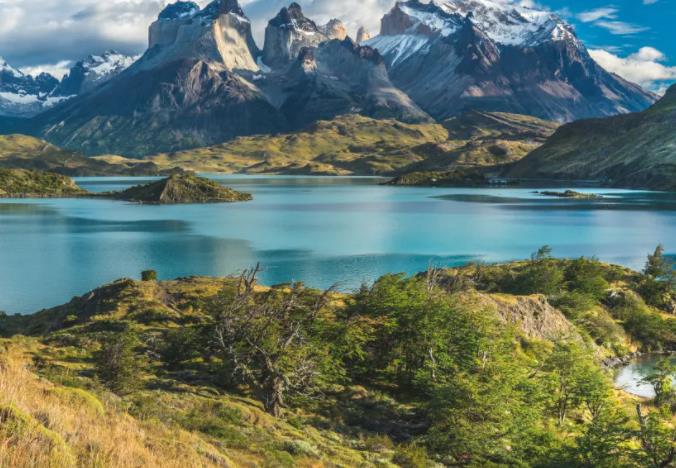 in this part, one describes related ideas or term implications, including from a personal perspective or judgement. A good method for identifying connotations is looking up the word in a thesaurus. The connotation part is typically more voluminous, being spread across multiple paragraphs.

Judged by their specific function, paragraphs can either:

Analyze–these paragraphs could dissect complex words or expressions into individual parts and analyze each of these separately, as well as in combination. This could be done, for instance, with terms “self-sufficiency”, (“self” + “sufficiency”) or “gratefulness” (“grate” + ”fulness”). Obviously, such “linguistic” analysis does not apply to simple words like “hate”, “respect”, etc. However, each word may be analyzed for multiple meanings, for instance globalization may be viewed as globalization of culture, of knowledge, commerce, lifestyle, life-quality expectations, etc.

Exemplify–providing an eloquent and detailed example to accompany complex interpretations or argument increases understanding of it by readers, hence this is mandatory for good writing. Including good analogies has similar effects.

Compare and contrast. These paragraphs help differentiate discussed words or concepts by strictly defining their boundaries and by highlighting similarities and differences between compared terms.

Negate. One way of defining concepts is to tell what they are not – this is especially useful for closely related concepts.

Provide background with regard to history and origin. While this is not practical for common words, it makes sense for neologisms, professional terms, and some other words whose origin is easily tracked (for instance, “democracy”).

Consider definition essay outline and structural requirements along with what types of paragraphs would constitute your essays and what they would be exactly about and you’ll end up with definitive and solid outline.

Over the years, linguists have used a multitude of definitions in order to explain “Bilingualism.” American linguist, Leonard Bloomfield, stated that bilingualism is the native-like control of two languages; however, this definition was regarded as a narrow explanation which gives the label “bilingual” to only a small number of people. Later, Haugen defined bilinguals as individuals who are fluent in one language but who can generate complete meaningful utterances in the other language. According to this definition, a child who speaks French and, due to instructional language of school, commences to produce meaningful oral production in English would be considered as “bilingual”. Apart from these definitions, Chomsky asserted a universal multilingualism claiming that every person living in a social community is bilingual. Chomsky noted:

Sometimes the multilingual environment involves systems so unlike that you call them different languages. But that is just a question of degree; it is not a question of ‘yes or no.’CITATION Mar l 1055 (Cazzoli, Guijarro, Young, Young, & Scholten)Currently, many researchers employ a broader definition of bilinguals that includes individuals who have various degrees of language abilities in different domains in both languages.CITATION But12 l 1055 (Butler, 2012)

Familiarity of the components of language. Acquirement of sound systems, use of questions, capable of having conversations Expanding complexity of language heard and understood.

In the Middle Phase, pronunciation becomes more accurate and the length and complexity of sentences develop. Moreover, kids start to ask “wh” questions and answer those questions. The lexicon expands rapidly compared to early phase.

In the Later Phase, on the other hand, a child starts to produce longer sentences in each language and still develops their vocabulary knowledge. Furthermore, children begin making jokes using the both languages.

Sequential or Successive bilingualism is defined as process of a child’s learning a second language after having established basic mastery in the first language. There are four stages in the second language development (see Figure 2).

Use of home language irrespectively of the languages used by others. Listens to make sense of the new language.

Use of gestures, visage and sounds to communicate Makes an attempt to use the new language.

Use of telegraphic speech and formulaic speech.

Demonstrates a general understanding of grammar.

Being able to speak in two different languages means being able to communicate with a wider range of people from plenty of different backgrounds. It certainly enriches our life adventure by enabling us to have various perspectives. Bilinguals can easily tolerate different notions of other people by putting themselves in the position of other people; thus, they grasp the importance of demonstrating respect for other human beings.

The improvements in cognitive and sensory processing driven by bilingual experience may help a bilingual person to better process information in the environment, leading to a clearer signal for learning.CITATION Vio12 l 1055 (Marian & Shook, 2012) Since switching between two languages is a demanding process which force bilinguals to compare two language systems, which enables them to see how a language as a communication system really works. This also enhances bilinguals’ creative, analytical and critical thinking.

“Bilingual people have a different brain structure that gives them a better capacity when it comes to concentration. Being bilingual helps you to make faster and accurate decisions.” CITATION Pam18 l 1055 (Rodriguez, 2018)2.3 The Societal Benefit

Globalization has been defined by Giddens as ‘the intensification of worldwide social relations which link distant localities in such a way that local happenings are shaped by events occurring many miles away and vice versa’CITATION Dav04 l 1055 (Block, 2004). Given that we live in the era of globalization where everything is easily accessible no matter how far away it is or how long it takes.

In an attempt to keep up with the times, people had better learn to speak all global languages other than their native languages; otherwise, they cannot utilize the opportunities. Here the importance of bilingualism comes in sight because bilinguals are the people who can connect the people in their society to the global world.

International markets are another part of globalization. With the globalization, superiors have been demanded for bilingual even multilingual workers in an effort to counterbalance the needs of globalization. Moreover, a number of companies are organizing dual language education (DLL) programmes which aims to enhance workers’ competence in multiple languages. According to a report published by the New American Economy, the demand for multilingual workers more than doubled from 2010 to 2015. Specifically, demand for bilingual employees who speak Spanish, Chinese, and Arabic has increased, particularly in the finance, healthcare, legal services, and customer service sectors CITATION Ing19 l 1055 (Colón, 2019).

All paragraphs should be related to this thesis through topic sentences – normally, this is the first sentence in a paragraph. Subsequent sentences constituting the paragraph explain them, support with arguments, provide evidence and examples, etc. Paragraphs should end up with concluding sentences, which synthesize the content presented within these paragraphs, or with transitioning sentences that help introduce subsequent paragraphs for smoother content flow.

How To Prepare For The Writing Of Your Thesis