印度尼西亚essay作业代写模板：Indonesia Has A Mixed Economy

Indonesia has a mixed economy which both the private sector and government play significant roles. According to WTO data, Indonesia was the 27th biggest exporting country in the world 2010, moving up 3 places from a year 2011. 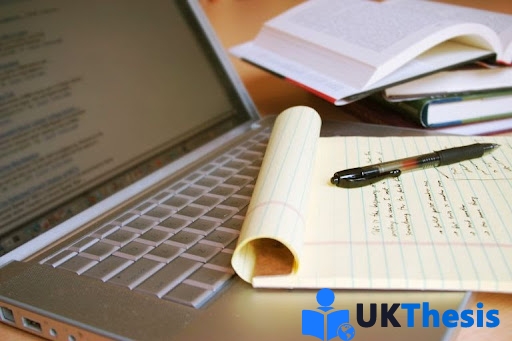 The business development in Indonesia has, for many years, been liked to political influence and patronage, it has been virtually impossible to make progresses on any major project without the right level of influence with senior people in the relevant government ministry and the closer one’s contacts to the president, the better.

Indonesia with a population of 230 million and a rapidly growing economy represents a significant business opportunity in such areas as automotive, electrical goods, infrastructure and retail. To as this market though, you need to understand the business culture.

The world’s forth most populous country is Indonesia .

Indonesiais the 3rd largest democracy in the world.

Indonesia poverty over 100 million people live on less than $2 per day.

The majority of Muslims in Indonesia are Sunni. 9% of the population was Christian, 3% Hindu, and 2% Buddhist & other. Most Indonesia Hindus are Balinese, & most Buddhists in modern day Indonesia are ethnic Chinese. Thought now Hinduism, minority religions & Buddhism remain defining influences in Indonesian culture.

Indonesia GDP was depending on the 3 major sectors

In Indonesia GDP growth was increase 2.3% in last 5 year In GDP composition of services sector 39.1 % which means its was high percentage contribution of any industry.

Foreign investment from India in Indonesia dates back to the1970s. In recent years there has been a new wave of investment focusing on the mining, banking sectors and automotive .

India is the 2nd largest partner with the Indonesia in ASEA.

India is the largest buyer of crude palm oil from Indonesia.

India has most substantial investments in Indonesia is the textiles, steel, automotive, banking and resources sectors.

In FMCG sector the Godrej was there in Indonesia. And so many Indian company are performing in Indonesia

Indonesia Intending to improve relations with India, the Southeast Asian archipelago would also start air traffic of the state owned airlines Garuda Airlines from June this year, he said.

“Chennai has a lot of potential in business terms and we don’t want to be left behind.Indonesia have made a proposal to open a Consulate here, next to the one we already have in Mumbai.

IT is the use of computers & telecommunications equipment to store, retrieve, transmit and manipulate data.

With information and communication technology penetration of only around 20% and development restricted to richer areas such as Java, Indonesia’s uneven development (and resultant digital divide) is a major barrier to faster growth within the potentially huge IT market.

In the customer segment, which is relatively small as a proportion of the market, demand should be fuelled by lower prices and new entertainment and wireless connectivity features, particularly with the governments reported plans to establish fixed wireless networks in major cities.

Indonesia’s President Susilo Bambang Yudhoyono announced the establishment of a new guiding body to provide strategic direction for the country’s IT development. . The committee has been tasked with implementing a large and ambitious programmed of ICT initiatives including completing the Palapa Ring Project which is to cover 50% of cities.

The indonasian government also announced the formation of a special body to manage financing issues in relation to its Universal Service Obligation under the World Summit on the Information Society (WSIS) programmed.

Computer sales, peripherals and including notebooks, have been experiencing close to 20% growth in 2006, and the growing number of internet users and government initiatives should see this continue in the next few years.

It is becoming a more attractive market for foreign vendors such as Dell which has been climbing the competitive rankings in 2006 with 61% growth in the second quarter alone.

One feature of the Indonesia computer market is its domination by the enterprise segment which accounts for 70-80% of all sales & is currently the only segment served by Dell in Indonesia. Dell is reported to be second in the enterprise market and fourth overall.

The Directorate General of the Telematics Application Bureau – part of the Department of Communications and Information – has said that it may take two years to legalize all software used by the government. Low computer penetration of 1.5% in 2008 is expected to double to 3% by 2012, but anything faster would depend largely on improved government support.

Indonesia’s IT services market is expected to be worth US$349mn in 2006. Currently, services account for only 16% of Indonesia’s hardware-centric IT market sales & opportunities are mainly in fundamental services such as support systems, training, system integration, professional services, internet services and outsourcing.

There are some notable technology developments made by Indonesians in modern Indonesia In 80’s an Indonesian engineer, Tjokorda Raka Sukawati invented a road construction technique named Sosrobahu which becomes famous afterwards and widely used by many countries.

The technology has been exported to the Philippines, Malaysia, Thailand and Singapore and in 1995, a patent was granted to Indonesia.

OPPORTUNITIES in IT Sector  商业机会：

The Indonesian economy is rapidly growing and because of the increasing household budgets as well as decreasing prices the IT Sector has huge business opportunities. The internet penetration rate is expected to grow from 20% to 65% by 2015.

In Indonesia, penetration rate of personal computers is still low at around about 20% of the population of about 230 million people.

Still in the e-commerce sector, an online social shopping company, multiply, recently has relocated its headquarters from Boca Raton, Florida to Jakarta to take advantage of the growing local and regional markets.

Indonesia increasingly is also becoming a destination for various IT companies looking to outsource their works.

There are 122 banks with more than 13000 branches in Indonesia. These consist of state-owned, local private banks foreign banks and the regional development banks

The market has become both broader and deeper, and interest rates are sinking lower. Indonesia and its neighbor have grown in large part by supplying cheap labor and therefore exports, and when global demand has shrunk, the fortunes of these countries did as well. Now, in the aftermath of the 2008 crisis, it is clear that these countries, Indonesia perhaps chief among them, have enough domestic demand to sustain growth regardless of external economies cycles.

Only select clients receive repayments terms that extend into multiple years, its means that it is difficult to use bank financing to fund infrastructure development

The problem is that infrastructure projects typically require a long gestation period, and it is often more than a decade before profits materialize that length of time is beyond the comfort zone of most Indonesian banks, whose loan officers expect to valuate credit requests based on a faster turnaround. Guarantee funds and other methods have been created to help share the risk, and the overall performance of these groups of financiers will be closely watched in the next year.

The consumer finance side for banks will likely be more familiar in 2012 and beyond. Indonesia’s banks run the gamut from small rural lenders to international players, and Indonesians are progressing through stages toward sophisticated financial relationships, starting with small loans and deposits with micro financiers and rural banks, and then moving to regional or national banks and deepening their relationship through lines of credit, credit cards, saving schemes and other options.

Perhaps the biggest regulatory discussion in 2011 addressed the presence of foreign financial institutions in the system. The banking sector has been largely welcoming to foreign investors since 1999.

Small and medium-sized enterprise segment is an important part of Indonesian banks’ loan portfolios, accounting for Rp1035trn ($124.2bn), or 53.1% of total system lending as of June 2011.

While overall lending had grown by 23% y-o-y as of June 2011, the value of consumer loans increased more quickly over this period, rising by 23.2%. This was apparently a cause for concern at BI, with local newspaper reporting in early August 2011 that the central bank governor had said that it was keeping a close watch on growth in auto and housing loans.

Banks are increasingly focusing on providing better services and product innovation to their customers. Consequently, many banks continue to invest in IT-based banking systems and software.

Considering the size of the Muslim population in Indonesia and the growth of the Islamic banking sector over the past 5 years, strategic investment and partnerships are to be found in expanding the product base that Sharia banks are able to offer to customers. Limited knowledge of more sophisticated banking products presents collaboration opportunities.

In spite of the current regulations, there is an increasing interest on the part of foreign providers in supplying professional services in Indonesia to support the activities of international and Indonesian clients.

Indonesia spends less on healthcare than its neighbors. Healthcare spending accounted for 2.8% of GDP in 2010, compared with 3.3% in Thailand, 3.9% in the Philippines and 5.2% in the India.

The number of people with health coverage rises to 95.1m when those covered by the National Social Security System are included. This system, which was launched by the government in 2005, provides poor families with access to free outpatient primary care in local health centers and free treatment at hospitals.

The capital, Jakarta, enjoys comparatively high levels of primary care, whereas healthcare in remote areas, such as the western province of Aceh, is inadequate. Budgetary pressures mean that the government concentrates on providing primary care and basic hospital services.

The Government has been actively promoting the country’s tourist destination. Besides Indonesia Visit program, some of regional government also launched several programs to attract more visitors; one of them is Visit Lombok Sumbawa program.

Foreign visitors who visit Indonesia are still dominated from ASEAN countries such as Singapore, Malaysia, Philippines, Thailand, Vietnam and Brunei. Number of visitors from those countries has shown an increasing trend particularly in the past four years from 2.17 million in 2005 to 2.79 million in 2012.

The second largest number of visitors came from other Asia countries such as Japan, South Korea and Taiwan which represented 27.72% of total foreign visitors in 2012, followed by European countries (14.83%), Australia (7.22%), USA (3.84%), Middle East (1.08%) and Africa (0.48%). In term of purpose of visit, more than half of foreign visitors came to Indonesia are for vacation.

astructure sectors have been discussed in the report. In power sector, the use of flexible AC transmission system, gas insulated substations, capacitors and the application of wide power; ocean energy and solar thermal power have been mentioned.

Indonesia has sought investment from Indian companies in areas such as infrastructure, road, national resources and food.

Indian firms have signed agreements worth $15 billion for the construction of infrastructure projects in Indonesia.

Indonesia will spend approximately $250 billion over the next five years on infrastructure.

Indonesia is ready to offer 14 major infrastructure projects valued at $6.1 billion to the private sector next year, as part of an effort to boost economic growth.

The 17 projects already under construction include a $3 billion power plant in Central Java; a $1.5 billion railway stretching 185 kilometers that connect coal mines and plantations

The nation has more than 17000 islands. Even on some of its big islands, infrastructure such as ports, airports & railways are still underdeveloped, creating high costs for businesses to transport goods.

Indonesia, which has the biggest economy in Southeast Asia, has a population of 240 million people. Its growth is among the fastest in the Group of 20 nations.

What is an argumentative essay「how to write」