社会政策学essay代写范文参考—Arguments For and Against the Legalization of Marijuana 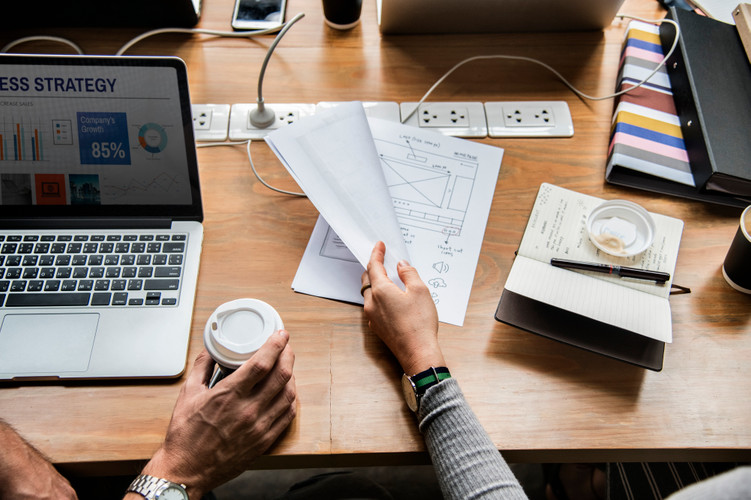 Although marijuana stays controversial, several states, such as California and Colorado have taken the issue of whether to legalize pot or not to the test. There are a total of twenty five states that have legal medical marijuana and they have unpredictably made considerable progression towards making weed legal federally (ProCon). We are currently in the transitional period in which states that have not legalized marijuana yet are seeing the outcome and contemplating legalizing it. As of 2016, legalization nationwide is very close, the United States is currently half way there (Huddleston par. 3).

Although there isn't all positive feedback from the states that have legalized it, this negative feedback is being examined with states that have not legalized marijuana yet. There are a multitude of reasons why marijuana should be legalized such as tax revenue, medical benefits, lowering prison population for individuals who committed victimless marijuana crimes, and more. When there is a positive, there's always a negative and those negative consequences for legalization of marijuana include potential increase in adolescence usage, negative impact on mental and respiratory health, and  religious issues. A great argument for the legalization is the state's profits on sales tax. Huddleston suggest that Colorado in particular has seen a substantial increase in revenue due to marijuana industry sales.

The Colorado marijuana economy is booming. The infamous marijuana state saw a huge increase in spending for the plant in 2014 (Grenoble par. 3). As stated by Grenoble, in that year, there was a net total of $70 million spent by marijuana consumers. Although all the money sounds nice, marijuana dispensaries face a variety of issues. The dispensaries are encountering a complication of not being eligible for the array of tax deductions that most private businesses are able to take advantage of when they file taxes. On top of that, because the manufacturing and distribution of marijuana is illegally federally, so many banks avert the industry and divert doing any kind of venture with the marijuana distributors for federal purposes due to the risk of prosecution under Bank Secrecy Act (Jasmin-Carter par. 1).

The profit the dispensaries are making off of the sales is perceived as drug money in the bank’s and Uncle Sam’s eyes. The legalization of marijuana movement has seen some progress though due to the provision President Obama assigned in December 16th, 2014, the DEA is unable to raid medical marijuana dispensaries in states where medical marijuana is legal (Frellick par. 1). Frellick states that prior to this provision, the DEA could shut down any dispensaries that states legally opened. Today, Colorado’s legal marijuana industry is worth an astounding $1 billion (Huddleston par. 2). Colorado has made record high marijuana sales and is considered by some the marijuana capital of the world, but what was the capital of this herb over 4000 years ago?

There are traces of marijuana that date way before Christ in China. PacerStackTrain states that the imperial chief at the time of 2700 BC was Sheng Nung and he frequently enjoyed the herbal medicine. Nung was infamous for being able to come across the plant in China and  used it for spiritual healing purposes (PacerStackTrain par. 2).  Consuming marijuana has an assortment of positive and negative effects on the brain. Marijuana gives an euphoric and relaxing feeling; this allows the users to pacify stress and alleviate nerves (Cox par. 10).

Recently, a UK study suggested that hospitals and rehab centers could have a potential use of marijuana in their muscle recovery programs with patients with multiple sclerosis (Magaldi par. 10). This would be a revolutionary new treatment, especially for those with really tight muscles and individuals facing multiple sclerosis. The two active ingredients in the plant are tetrahydrocannabinol  (THC) and cannabidiol (CBD), THC is the psychoactive drug whereas CBD is non-psychoactive drug (TruthOnPot par. 1). TruthOnPot mentions that it is unfortunate that CBD isn't able to get the user high, but makes it appealing to medical uses. According to TruthOnPot, CBD can be utilized in various ways such as to counteract anxiety, treat schizophrenia, and treat younger children with sundry ailments.

On the other hand THC just recently has been proven after decades of research to prove that the compound is a viable candidate for medical uses. Although many health professionals view the fact THC can get you high as a drawback, there is a positive benefit for the ingredient. There are a myriad of health benefits from THC ranging from pain relief, PTSD therapy, appetite stimulation, calming asthma attacks, glaucoma relief, sleep aid. nausea treatment for chemotherapy patients (Health).

With that said, the two active ingredients in marijuana are a viable organic source of medicine for various issues. The downfall for this type of treatment is that excessive usage will most likely result in depression, heart problems and respiratory issues (Nohlgren par. 4). Not only can marijuana cause permanent problems, but using even once can temporarily impair functions such as attention, memory, learning and decision making (Weir par. 6). People that used to use the substance heavily grumble to doctors of coughing and hacking. Whenever marijuana is ignited it produces an extensive degree of smoke because of the tremendous concentration of chemical compounds in the substance and the amalgams react in a specific way when introduced to a flame.

Over the years, the concentration of CBD and THC in the average plant has dramatically increased in the past forty years since pot first got popular in the United States and the marijuana you buy now a days is way more potent as well as engineered to be stronger (Diller par. 4). With that said, stronger means more chemicals and more chemicals means worse for your lungs.

Although the smoke is harmful, there is a much healthier way to consume pot through edibles. The chemical compounds in the plant can be extracted and put into various consumable items such as vapor, ingestible oils, tinctures, topicals, dabbing, lollipops, edibles, and even gum (Rahn). Eating marijuana is a well known way to consume the substance and get the same effect without destroying your respiratory system. The only negative view point on marijuana edibles is the time period in which the user has to wait till they are able to feel the effects of the edible. While smoking marijuana causes the effects to kick in almost immediately, eating edibles takes about a hour to be noticed. Marijuana storefronts are trying to lure in any potential buyer, even if that means catering to their preferred method of consumption. Dispensaries are trying to expand into small corporations and a way to do that is to be appealing to all potential buyers.

Just as any business wants to expand, marijuana dispensaries want to broaden and inaugurate establishments in metropolises where there's a large population full of potential buyers. Now this may seem good for accessibility and the economy, but the image that it gives on adolescents is contrary. Although research has been brought to light that proves that legalizing marijuana does not increase the use among adolescents, the media seems to disagree (Miller par. 1).

The thought that legalizing marijuana would have a negative impact on children dissuades the states that have not made the substance legal to retain the same policy. Many of the provinces that have yet to validate marijuana feel trepidation when it comes down to legalization due to the fact that the states are under the assumption that older siblings will supply marijuana to their younger siblings. Studies have shown that adolescent youngsters who participate in consuming marijuana are more likely to develop a problem later on in life and that marijuana can be psychotically addicting (Diller par. 5).

Many chronic users who use marijuana inordinately to secure moods quest marijuana as a dependency. Various symptoms such as recalling memory, difficulty with problem thinking, and unbalanced coordination are all indicators of marijuana abuse. There's a issue with adolescents and even young adults with marijuana usage. Research mentioned by Peters shows that the brain acts as if it's rubber, but as we age our brains turn from rubber to concrete and cannot change anymore. Peters also indicates humans under the age of twenty five are still in neural development and participating in marijuana usage before that age are more likely than not to have some detrimental impacts on the brain.

Statistics exhibit that partaking in ponderously marijuana usage at a young age will allegedly cause the child to have a disheartened ironclad of life fallouts including poor school performance, higher chance to be a dropout, increased welfare dependence, more likelihood for unemployment, and an overall lower life satisfaction (Peters par. 6). DrugAbuse advocates that with these deleterious cognitive development issues that can impact a developing mind increases the chance for addiction and incarceration involving drugs at a young age.

Incarceration in America is at an all time high. According to Flatow, the federal prison population has spiked 790 percent since 1980. It's not just a coincidence that at the same time the drug war started that the prison population saw a huge expansion. In the federal prisons as of 2013, more than half of the individuals behind bars for more than a year are still serving time for drug related crimes (Flatow par. 2). Flatow also states that legalization of marijuana is the suggested cause for a recent drop in the prison population as experts examine the decreased priority on marijuana arrest due to the decriminalization and federal agents diverting their resources on other issues. The period between 2012 and 2013, 27.6 percent of all drug offenders were locked up because of marijuana offenses Miles mentions. Southeast is one of the worst regions of the United States to get arrested for a drug related crime. The West was the first to see legalization for a reason, the people on that side of the United States are less conservative and religious. The East, especially the Southeast is going to be the hardest to legalize due to the large population of religious and conservative people.

The second biblical truth that would incline us away from the recreational use of marijuana is that God gave us minds and hearts to know him and love him and discern his will. “Be infants in evil, but in your thinking be mature” (1 Corinthians 14:20). Don’t become an experienced sinner to learn the folly of sin. Be willing to be an inexperienced baby when it comes to sharing in mind-clouding drugs. Be ruthlessly clear-headed. Let the herd stampede over the cliff without you. Use your mind to warn them, not join them.

Piper discusses how we should take charge in our actions and not follow the crowd in their wrongful sins. As Piper states, "Let the herd stampede over the cliff without you," he is trying to explain that you don't have to follow the sinful activities your peers are participating in and that you should stay clear of their wrongfulness.

In conclusion, there are an abundance of arguments made by both sides on whether to legalize marijuana or to not legalize marijuana. There are a variety of issues associated with legalization of marijuana such as religious and moral problems, health issues, and potential increase in adolescent usage. On the other hand, legalization poses some great arguments including tax revenue, medical benefits, victimless crime incarceration reduction, and an exponentially growing industry. Regardless of the outcome, the issue at hand has been a two decade long battle and is more likely than not going to come to a conclusion soon.