旅游学essay格式范文—Performance of a Key Sector in the Irish Economy 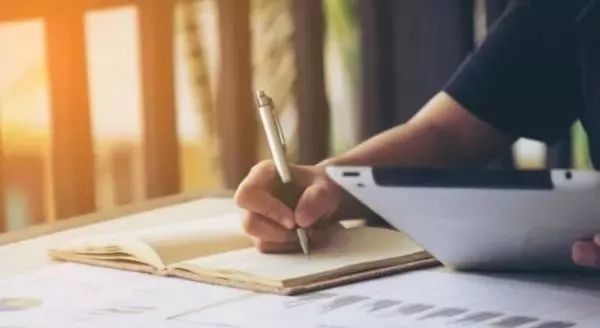 Overview of the Tourism Sector:

The tourism industry is found in the tertiary sector (services sector). The tertiary sector is where a service is provided to business or consumers. Majority of jobs are found in the tourism sector. (Staff, 2018) Most people think the tourism industry is about people going on holidays abroad or elsewhere in the country and looking at the sites the place has to offer or staying in hotels etc., when in fact the tourism sector covers a lot more than just holidays. The definition of the tourism industry can be discussed under several headings such as attractions, hospitality, retail, leisure / recreational, tourism (informational) services, and accessibility (transport). (Tc.gov.yk.ca, 2015) Each factor will be discussed in detail throughout the content of this report.

The tourism industry can be associated with money and wealth meaning the more developed an area it is the more people are willing to spend in the tourism area as people can afford to spend money on discretionary items, retail, and its services etc.

The stereotypical association of tourism is attractions such as sites/monuments/ historical events or places etc. that you must see when you visit a certain area. You can be a tourist in your own country or even your own town depending on what it has to offer. Ireland is known for its green fields and has many historical sites that everyone should see once before they die as most of them are found right at your doorsteps. Some of the most famous attractions in Ireland include the Cliffs of Moher, Clare, The Book of Kells and Trinity College, Dublin, Blarney Castle, and the Blarney Stone, Cork, The English Market in Cork, Grafton Street in Dublin, The Ring of Kerry and so many more. (Birbeck, 2018)

Hospitality is a huge factor in the tourism industry as this is where people stay. Under hospitality, you can find accommodation such as hotels, hostels, rented houses / Air B&B, holiday homes etc. Hospitality in the Republic of Ireland and Northern Ireland employs 150,000 – 250,000 people according to (gradireland, 2018).

The retail sector is huge within Ireland with many shopping centres like Dundrum, Mahon Point, Kildare Village etc., major shopping streets such as Grafton Street, Patrick’s Street, Opera Lane, Shop Street, just to name a few. You will find all kinds of shops from High End like Brown Thomas right down to more affordable shops, example Penneys (Primark). Ireland is the perfect place for shopping at any time of the year as it offers something for everyone regardless of the price.

This is described as a discretionary item, it’s not necessary to have but it is wanted by a lot of people. (Funlibre.org, 2018) They are done for the benefit of enjoyment and are considered fun. This includes holidays, activities like golfing, cycling etc. Ireland offers many variations of recreational activities and has something for everyone depending on your likes/dislikes. For example, you could holiday in Galway for the weekend or cycle on Waterford’s Greenway Cycle path.

As Ireland is extremely popular for tourists from various counties or visiting from abroad, Ireland has a lot of informational centres set up in popular tourist areas to advise people on the best sites to see, learning about the history of the town and any famous people that may have grown up there. These centres aren’t as commonly used as they were 20 years previous as people are now using Google as their tour guide, but nonetheless, you will find them in most areas.

This is another huge factor in the tourism industry as this is how the tourists arrive at their destination. They might arrive via plane, boat, bus, train, car etc. Between the Republic of Ireland and Northern Ireland, there are 16 ports, (Imdo.ie, 2018) and 10 airports. (Irishtourist.com, 2018)

Changes in the Irish Economy:爱尔兰经济的变化:

If you were to compare Ireland in 2007 to Ireland in 2017, you would think that they are two different countries based on all the differences and changes. In 2007, Ireland was in the lead up to the economic recession that hit Ireland in 2008. Because of this recession, it took a huge toll on people’s expenditure, therefore resulting in a huge setback for the tourism industry in the Irish economy in 2007 until the end of the recession in 2009.  As expenditure was scarce, people were no longer going to the cinema or for a meal once a week, they weren’t having weekends away to become a tourist in a different county simply because very few could afford these luxurious items. Not only could people no longer afford these various activities amongst others, but people were also losing jobs. During the recession, the tourism industry lost 50% of their British Market and 30% of its Continental visitors. (The Irish Times, 2017)

As it took almost a decade to recover from the economic recession, the tourism industry is slowing coming back out on top. In 2017, travel and tourism has shown a 3.1% growth in the economy. (Scowsill, 2017)

Current Trends / Performance of Tourism Industry including the Impact of Brexit:

According to Fáilte Ireland, the tourism industry is currently the strongest it has ever been compared to anything written before 2013. (Failteireland.ie, 2018) Although it is questionable how it will be portrayed in the next couple of years with the whole situation of Brexit happening, it is looking positive for the future. However, British tourism numbers have dropped. It was recorded that 3.9 million British visitors came to Ireland in 2016, the highest since before the Recession. In 2017 this figure dropped to just under 2.7 million visitors to Ireland from Britain. (O ‘Brien, 2018) Brexit is the UK in the process of leaving the European Union. Irish people are certainly not happy with the Brexit situation as the UK were one of our biggest markets in all sectors and especially in the tourism sector. (Crowe, 2018) This, of course, is a result of Brexit.

In the above graph, you can see the results in different sectors regarding Brexit and the impact it will have on the tourism industry. 50% of people don’t have a plan in terms of Brexit and that percentage is very alarming. No is quite sure how it will impact the day to day running of businesses and what the outcome will be.

Since the Brexit vote, the exchange rate has drastically changed, meaning the euro is currently very strong, while the pound is extremely weak. Because of this, holiday destinations and tourist attractions in Ireland have become much more expensive, which certainly will impact the current performance of the tourism sector, especially in the years to come. Crowe partnered with Fáilte Ireland in 2017 to help businesses in the tourism industry develop a further knowledge and assess their readiness with Brexit by creating an online survey. (Crowe, 2018)

As the Brexit situations are finalising details, the tourism industry in Ireland seem to be remaining positive and currently trying to expand and increase their businesses.

Positive Contributions to the Irish Economy:对爱尔兰经济的积极贡献:

The tourism sector provides the Irish economy with both direct and indirect employment and accounts for 22% of the working population in Ireland. (Ec.europa.eu, 2015) As mentioned already, the tourism sector is constantly expanding and increasing, this, in turn, leads to increased rates of employment. Indirect being the builders or contractors in charge of developing these hotels, attractions etc. and the direct being the people who work in different tourism-related jobs such as hotel managers or receptionists.

As the tourism sector is growing, this automatically means an increase in profits/revenue for the economy. According to Ronan McGreevy of the Irish Times, Irish tourism revenue is set to reach €6 billion by the end of 2018 after an increase of 12.5% revenue in 2017 from the previous year. (McGreevy, 2018)

Local Attractions – With the high profits being made within the tourism industry this can be used to preserve or develop local attractions which will lead to more tourists coming to Ireland from either abroad or a different county. This then leads to more revenue and it is a constant cycle.

How to write a definition essay「写作解疑」